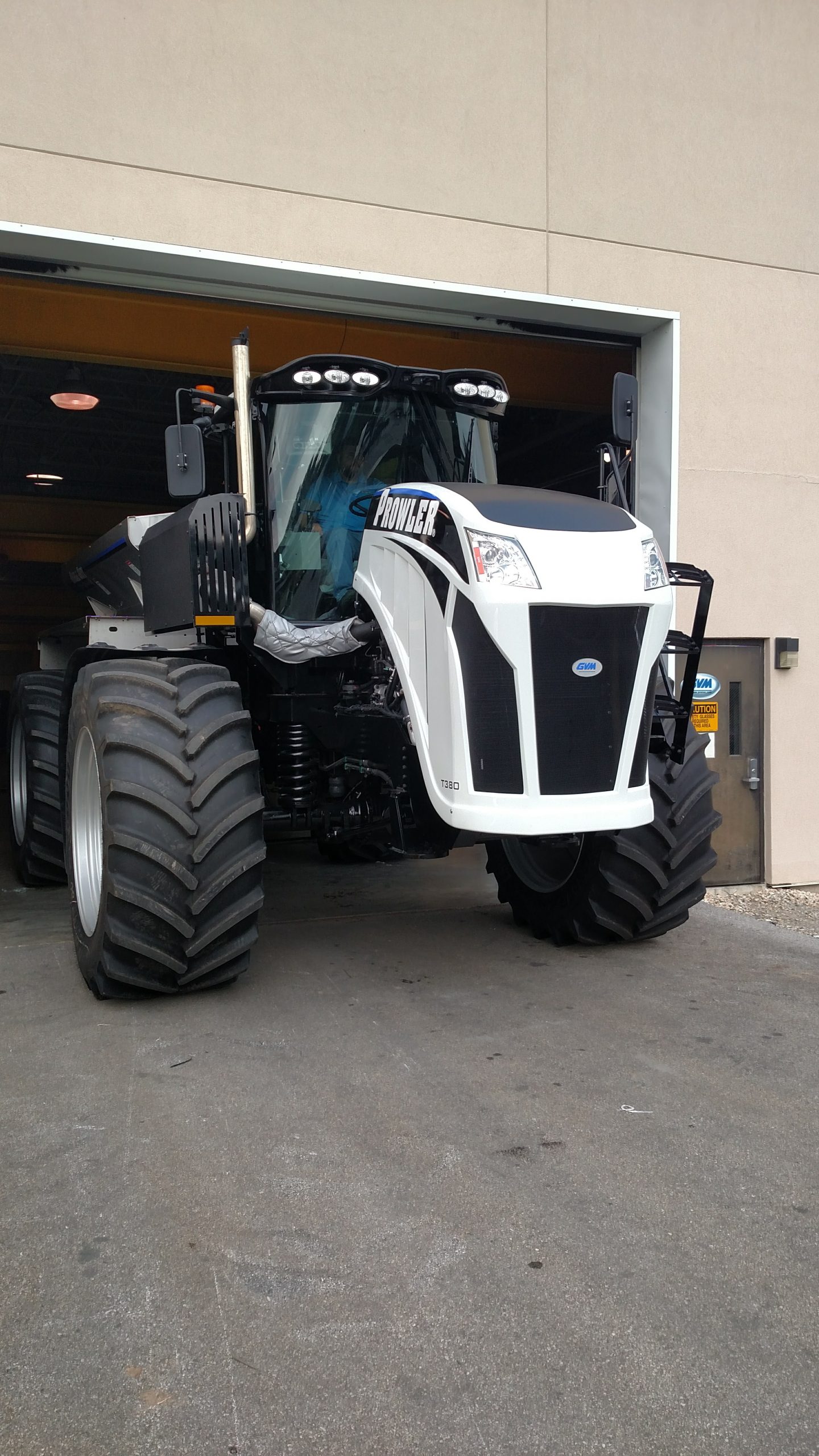 I thought now would be a good time to fill everyone in on some action at Acme Composites.

Back in February our customer GVM, told us that they wanted to redesign the hood on the E series tractor, (known as the Prowler). This is to coincide with a redesign of the entire tractor, including the drive train and frame. If you go to www.acmecomposites.com, the large tractor in the pictures is the current model of the Prowler. The target date for the prototype hood was early August because the new tractor is being displayed at a show in late August. While that seems like plenty of time to produce a new hood, it isn’t, we should have started several months earlier, but, everyone pitched in and the project began.

GVM provided non-scale drawings to work from. The changes from old to new were; Cadillac headlight assemblies, exact location to be determined, top of hood rolled down, grill redesign to 3 sections and tapered in at the bottom, and “shark louvers” on the sides. All this on a hood that when sitting on its’ rack in the shop is about 6’ high and 5’ long.

Mike started by digging out the “buck” of the original hood to use as the prototype “buck”. He then began installing the headlights and recontouring the upper section of the hood. When that was done the team from GVM took a look, and decided on a few changes regarding the location of the headlights. While Mike was doing that, we had Tank from the Berrien Buggy shop jump in and make aluminum patterns for the shark louvers. Mike then mounted them into the “buck” and began to blend them in. Through this part of the process, there were a lot of stops and start as the GVM team revamped small portions here and there, and since the drawings were not to scale, sometimes what looked good on the drawing didn’t fit the hood.

By now we are into July and everyone realizes that “holy cow, no way is this going to get done for August”. On a piece of this size, it takes a minimum of 3 weeks just to make the mold. Molds are very thick and the fiberglass needs to be built up in layers. Since when it is curing the fiberglass can reach upwards of 300 degrees, we have to wait several days for each layer to cool. That translates into about 3 weeks just to lay up the fiberglass portion of the mold. At that time everyone agreed that we need a plan B.

Plan B was to take an existing old style hood and modify it by grafting the new sections in place. The new sections were produced by a process known as “splashing”. Splashing is when you make a small quick mold from the buck, then create 1 piece and blend it into the new hood. Some extra help was called in because as Mike was finishing the “buck” the second crew was “splashing” the pieces to mold into the old hood, and attaching them onto the old/new hood. One of the new crew was a fellow who had helped found Colonial Fiberglass and was now in his 80’s. Because you need to wait for the glass to cure, the guys were working off and on around the clock. Mike also put in a lot of Saturdays.

As I write this it is August 8th. Mike has called to tell us that the prototype is done. Tomorrow GVM picks up the hood and it gets painted and installed. Looks like we made it! 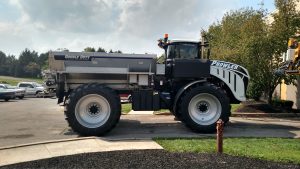 Throughout the process, Bob has been the point man from a management standpoint. He had some tense and frustrating days, and on more than one occasion the TV show of a few years back came to mind. I always laughed at Boyd Coddington on his show when he would be looking at a pile of street rod parts in his shop and he would start yelling at his guys with a bright red face and tell the crew “this needs to be done in 3 days because it is entered it in a show”. In the show they always got it done (creative editing?) along with a lot of drama. I will point out that Boyd suffered a massive heart attack, and moved on to the great beyond during the production of those shows. 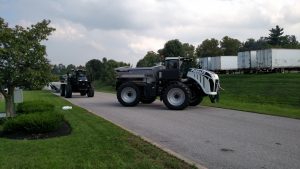 Bob, Mike, and the rest of the Acme Composites crew got the job done, for that, I am thankful and proud. I hope they can now take a break, and look back at the last 6 ½ months with a fond sigh of relief. Job well-done fellas! By the way, I forgot to tell you guys that a customer called and wanted to know if we could do a rush project making a new mold, and……………………………..! 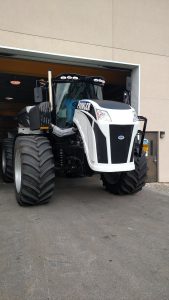